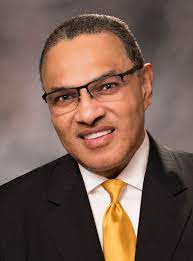 Dr. Freeman A. Hrabowski, President of UMBC from 1992-2022, is a consultant on science and math education to national agencies, universities, and school systems. He led a university that has been recognized as a model for inclusive excellence. UMBC is the nation’s leading producer of Black bachelor’s degree recipients who go on to earn MD-PhDs, and the leading producer of such graduates who complete PhDs in the natural sciences and engineering. In 1988 he co-founded the Meyerhoff Scholars Program, which is open to students from all backgrounds who are interested in addressing issues of underrepresentation and in pursuing research careers in science and engineering. He chaired the National Academies’ committee that produced the 2011 report, Expanding Underrepresented Minority Participation: America’s Science and Technology Talent at the Crossroads, and in 2012 he was named by President Obama to chair the President’s Advisory Commission on Educational Excellence for African Americans. In 2012, he was named one of the 100 Most Influential People in the World by TIME, and more recently he received the American Council on Education’s Lifetime Achievement Award (2018), the University of California, Berkeley’s Clark Kerr Award (2019), and the University of California, San Francisco’s UCSF Medal (2020). His most recent book, The Empowered University, examines how university communities support academic success by cultivating an empowering institutional culture.