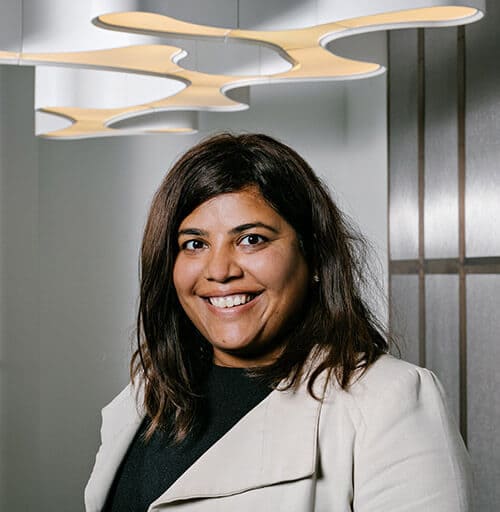 Anurima Bhargava is the Founder and Director of Anthem of Us, a strategic advisory and consulting firm that promotes dignity and justice, and centers equity and belonging, in workplaces, schools, and communities. Bhargava led federal civil rights enforcement and policy in schools and institutions of higher education at the Justice Department during the Obama administration from 2010-2016.  She previously directed the education practice at the NAACP Legal Defense Fund, where she litigated federal cases on diversity, equity and segregation, including in the US Supreme Court. Bhargava recently chaired and continues to serve on the US Commission on International Religious Freedom, to which she was appointed in December 2018 by Speaker Nancy Pelosi.  She has traveled to Burma, the Rohingya camps, Iraq, Vietnam, and Sudan to document and monitor conditions for religious communities. From 2016-2018, she served as a fellow at the Institute of Politics and the Carr Center for Human Rights at Harvard, and as the inaugural Leadership in Government Fellow at Open Society Foundations, where her work focused on trauma experienced within communities after incidents of racial violence. Bhargava is deeply committed to advancing justice through narrative and storytelling.  She produces and advises documentary films and projects, and chairs the U.S. Board of Doc Society.  Bhargava serves as an advisor to Unbound Philantropy,  GSV Ventures and Whiteboard Advisors.  She co-chairs the National Advisory Board on Public Service at Harvard and serves on the boards of the National Women’s Law Center Action Fund and Poverty Race Research Action Council.  She is a 2017 Presidential Leadership Scholar and has been a member of the Truman National Security Project and the Council on Foreign Relations. Bhargava advises numerous political campaigns and was appointed to the 2020 DNC Platform Committee.  She recently co-founded the American Anthem PAC Bhargava earned her law degree from Columbia Law School and graduated magna cum laude from Harvard College.  She was born and raised on the south side of Chicago.