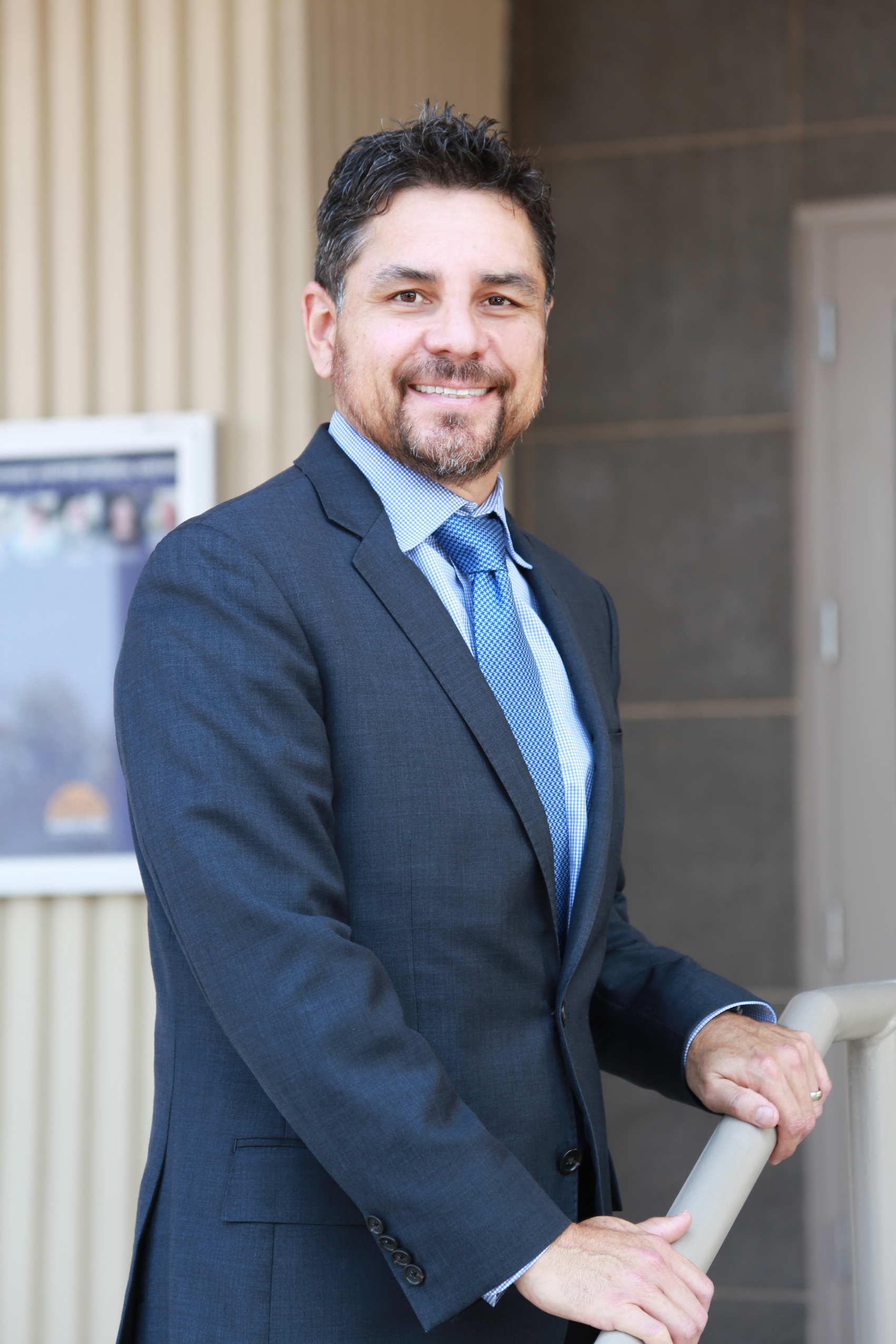 Steve Holmes serves as Superintendent of the Sunnyside Unified School District, the second-largest school district in Southern Arizona with more than 16,000 students and a workforce 2,000 employees strong. Steve is a transformational leader with over 24 years of successful service in public education. He holds a Master’s in Administration, Planning and Social Policy from Harvard University, where he is a graduate of the Urban Superintendents Program (USP); Steve is also a graduate of the University of Arizona and an alumnus of the Sunnyside District.

A champion for equity, Steve’s work focuses on urban ed reform and bringing about deeper learning practices. coherence and innovation to high poverty districts where an emphasis on low level programs, interventions, and narrow metrics have worked against this type of learning. Mr. Holmes has cultivated partnerships with industry partners to drive more resources to foster innovation and level the playing field by challenging the notion that affluent districts where students are born on third base is tantamount to hitting an academic triple.

Since taking over as the organization’s chief executive, the District has been recognized as an industry leader in open educational resources (OER), formative assessment, and design thinking. Mr. Holmes’ dogmatic approach to ‘the focus’ is heavily influenced by the work of John Hattie (The Politics of Distraction, 2015) as he challenges principals and other school leaders in Sunnyside to balance the academic role vs. societal expectations placed on urban schools.

As a father of two students in Arizona public schools, Mr. Holmes is a staunch supporter of public education and a leading voice in support of English Language Learners. Steve has provided clarity and insight in numerous national and international conversations, including as a guest keynote for the Ministry of Education in Chile, and as a panelist at the National Hispanic Caucus Conference where he spoke on policy implications for English Language Learners and the reauthorization of the Elementary and Secondary Education Act. Mr. Holmes was also a key witness on behalf of the plaintiffs in the landmark
case Flores v. Arizona. Steve is an active member of the community, serving as Co-Chair of the United Way of Southern Arizona Cradle to Career Partnership and as a member of the Tucson Airport Authority.