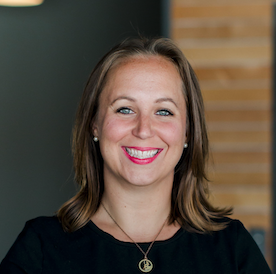 Sarah Saxton-Frump is the co-founder and chief operating officer of PelotonU, an organization committed to ensuring post-traditional students can earn a college degree on time. Based in Austin, TX, their students are graduating at five times the rate of their peers and with little-to-no student loan debt. She leads their national expansion and innovation work after developing their transformational coaching program. Prior to PelotonU, she worked at KIPP Austin Collegiate as a high school teacher and principal. She holds a BA in Political Theory and Public Policy from Brown University and a M.Ed in Education Administration from National-Louis University, which she earned while working full time as an assistant principal. She is also a National Advisor to the Ascend Network at the Aspen Institute’s Postsecondary Success for Parents Initiative, a Teach for America alumna and a proud New Jersey native who’s still surprised every time “y’all” leaves her mouth, even after 14 years in Texas.