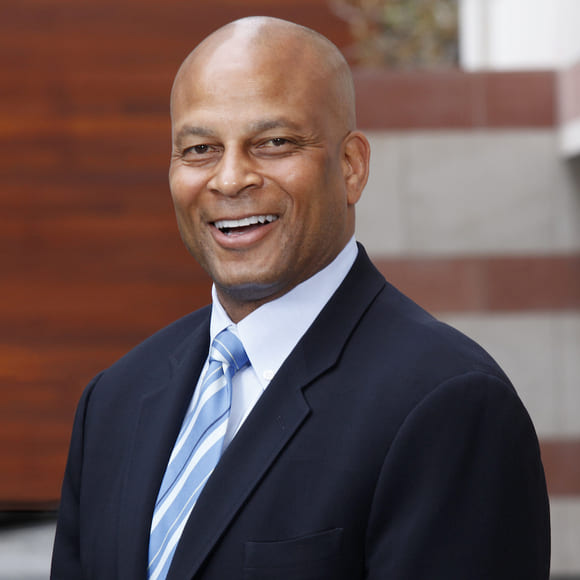 Humanitarian, social-entrepreneur, activist, and concerned citizen of our global community. These are some of the descriptors most commonly used when referring to Ronnie Lott, a four-time Super Bowl champion and Pro Football Hall-of-Famer.

Lott’s accomplishments beyond the football field have exceeded his superb career as one of the most distinguished and identifiable defensive players in NFL history.

Lott’s commitment to serve others -- a trademark of his humanitarian efforts -- began during his NFL playing career when he learned that the success he had in football could feed his passion for helping others. In 1989, Lott and his wife Karen founded “All Stars Helping Kids,” (ASHK) a San Francisco Bay Area-based non-profit organization that supports underserved youth. ASHK, has raised more than $30 million with a mission of disrupting the cycle of poverty by increasing the effectiveness of non-profits that focus on education, career readiness and the health and wellness of Bay Area youth. Additionally, ASHK has assisted in funding start-up businesses owned and operated by young people of color. It was named outstanding charity by Catholic Charities in 2008.

In addition to his work at All Stars Helping Kids, Lott co-founded Champion Charities in 2004 with former teammate Harris Barton after Barton lost both his parents to brain tumors. Brain tumors are one of the most lethal forms of cancer for children under the age of 15 and are also the leading cause of cancer-related death for adults 35 years and under. Champion Charities has contributed a significant amount of money for researching brain tumors as well as supporting patients suffering from the disease.

Lott lent his name to the Lott IMPACT® Trophy in 2004, one of the nation’s most prestigious awards given annually to the college football defensive IMPACT player of the year. IMPACT is an acronym for: Integrity, Maturity, Performance, Academics, Community, and Tenacity. To date, the Foundation has donated over $1.5 million to charities and scholarship funds.