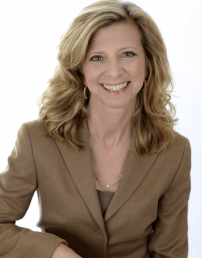 Ms. Cornfeld has devoted her career to advancing equity and opportunity for our nation’s underserved communities -- through their schools, justice systems and unconventional partners.  A former federal civil rights prosecutor, she served as a senior Obama administration official, advising two U.S. Secretaries of Education, was a two-term advisor for former NYC Mayor Michael Bloomberg, and recently taught at the Harvard Kennedy School of Government.

She currently leads the National Education Equity Lab, a nonprofit she founded to drive opportunity at scale by connecting selective colleges to underserved high schools, as featured in a recent front-page New York Times story.

Her track record designing and leading efforts to tackle pressing systemic challenges has been widely recognized, including a Washington Post editorial praising the effort she led in NYC schools as “an example of what’s possible,” and the U.S. Conference of Mayors called it a “model for other cities.”

She serves as trustee on numerous boards, including the Children’s Defense Fund for over a decade, NAACP Legal Defense Fund, Alliance for Excellent Education, Center for Law, Brain and Behavior, and Hospital for Special Surgery.

Her articles, op-eds, and interviews have appeared in the Washington Post, the New York Times,  Newsweek, Bloomberg Opinion,  CBS News, and PBS.

A proud graduate of Broward County public schools, Ms. Cornfeld graduated from Harvard College, Phi Beta Kappa, and Harvard Law School. She attributes her career path to her high school English teacher who remains her most inspiring teacher ever.  She has two children and lives in New York City.