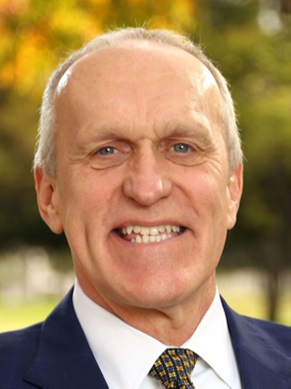 Kim A. Wilcox was appointed UC Riverside’s ninth chancellor in August 2013. During his tenure, UCR has seen transformative growth across its education, research, and public service missions, as well as the establishment of new schools of medicine and public policy.

Over the last four years, UCR has grown its faculty by over 200, including two Nobel Laureates, while increasing the racial, ethnic, and gender diversity among incoming faculty members. Likewise, UCR has added or renovated more than 100,000 square feet of building space on campus since 2013 with another $1 billion in capital projects underway.

Under Professor Wilcox’s leadership, UCR has become the nation’s fastest-rising university and a national model for achieving student success, particularly across socio-economic and ethnic categories. UCR is one of the few institutions nationwide that has eliminated graduation-rate gaps across income levels and ethnicity.

A first-generation college graduate, Professor Wilcox attended Michigan State University, where he earned a B.A. in audiology and speech sciences. He also holds master’s and doctoral degrees in speech and hearing science from Purdue University. He was formerly Provost at Michigan State and Dean of the College of Liberal Arts and Sciences at the University of Kansas.