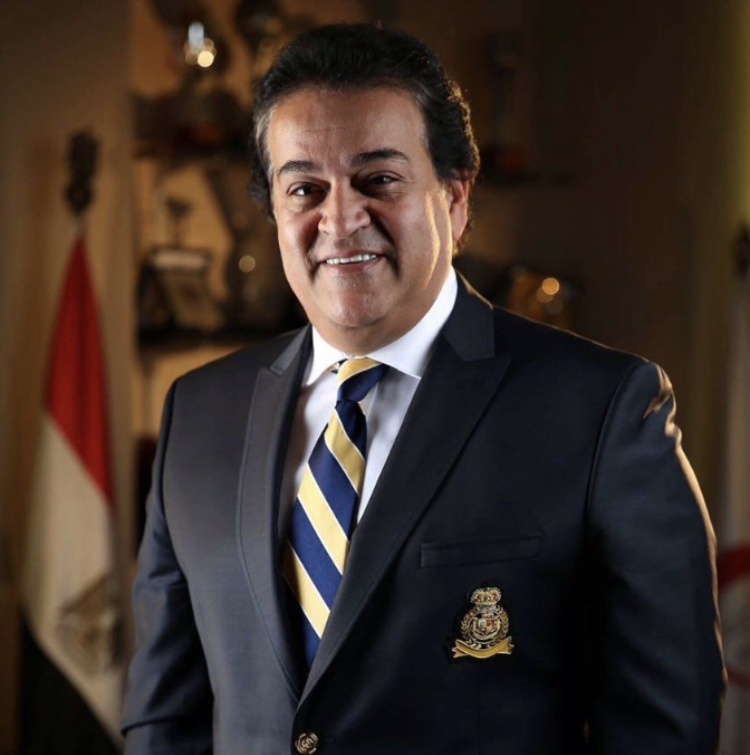 Prof. Khaled Abdel-Ghaffar is currently the Minister of Higher Education & Scientific Research, Egypt. He is a Professor of Oral Medicine, Oral Diagnosis, Oral Radiology and Periodontology, Faculty of Dentistry, Ain-Shams University. He held many positions prior to the current one; he was vice president for Postgraduates Studies & Research & Dean of Faculty of Dentistry Ain-Shams University. He accomplished a lot of honors and recognitions as IADR Edward Hatton Award for Best Research – Seattle Washington, USA, 1994 Unilever Travel Award Winner IADR Best research, USA, 1994. He Ranked second for best research, Euro-Perio Paris France, 1994 and ranked 1st for best research among Ain-Shams University, 1999. In addition to the Distinguished National Medical Award Winner, National Academy for Scientific Research, 2001 and Academic Associate Fellow of the American Academy of Implant Dentistry October 2015. Moreover, Prof. Abdel-Ghaffar has received an honorary doctorate from University of Hiroshima in Japan for his significant contribution to the field of Higher Education and Scientific Research. Moreover, Prof. Khaled Abdel-Ghaffar has received an honorary fellowship from The Royal College of Physicians and Surgeons of Glasgow in 2019.

Within the framework of Egypt’s vision 2030, Prof. Abdel-Ghaffar sets the top priorities and endeavors to reform Higher Education in Egypt. His focus is improving the quality and relevance of Higher Education to match with the needs of new learning technologies and human resource development. In parallel to improving the quality and relevance of technical education by establishing new technical universities. Accordingly, another initiative step is to enhance the internationalization of Higher Education and strengthen cooperation with other countries by issuing the new by laws for the establishment and organization of International Branch Campus in Egypt. Furthermore, he played a visionary and sensitizing role in defining the National STI Strategy of Egypt, in lined with Egypt Vision 2030.