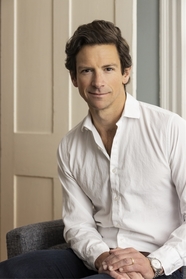 Philosopher and author John Kaag is Professor and Chair of Philosophy at the University of Massachusetts Lowell and Miller Scholar at the Santa Fe Institute. He has written extensively about writing in the New York Times, The Paris Review and the Chronicle of Higher Education, and has taught Expository Writing and Business Writing for a total of six years at Harvard University and Harvard Extension School.  In terms of philosophy and writing, Kaag believes, following thinkers like William James, that authors should go where the interesting questions are. This belief has drawn Kaag to a diverse number of topics--from the biological origins of creativity in Thinking through the Imagination (Fordham 2014), to the ethics of drone warfare in Drone Warfare (Polity 2016), to the relationship between philosophy and memoir in his most recent books. He is author of American Philosophy: A Love Story (Farrar, Straus and Giroux 2016), which was named an NPR Best Book of 2016 and New York Times Editor's Choice. His Hiking with Nietzsche (also an NPR Best Book) is the "dark" sequel to American Philosophy: A Love Story and is, among other things, an attempt to read Nietzsche's iconoclasm into adulthood.  He resides outside of Boston with his wife, Kathleen and their two children.