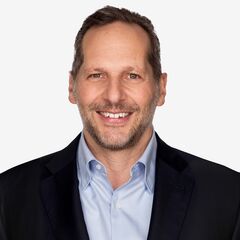 Jeff Tarr is CEO of Skillsoft (NYSE: SKIL) a global leader in corporate digital learning, focused on transforming today’s workforce for tomorrow’s economy. Skillsoft provides enterprise learning solutions that prepare organizations for the future of work, serving approximately 75% of the Fortune 1000 and more than 45 million learners globally. Jeff has transformed three publicly traded tech-enabled services companies into global leaders. He served as CEO of DigitalGlobe, the world leader in satellite imagery and geospatial intelligence from 2011 until the sale of the company to form Maxar Technologies in 2017. Prior to DigitalGlobe, Jeff was President and COO of IHS (now part of S&P) and Chairman and CEO of Hoover’s (now part of D&B). He began his career at Bain & CoJeff serves on the boards of EchoStar and DSST Public Schools, one of the nation’s leading open enrollment school systems. He is also a member of the Stanford Graduate School of Business Advisory Council and was previously Chairman of the school’s Management Board. Jeff served on the board of CEB until the sale of the company to Gartner in 2017. He also served as co-Chair of the World Economic Forum Council on the Future of Space Technologies and co-Chair of the Annual Meeting of New Champions in Dalian China. He is a member of the Council on Foreign Relations. Jeff holds an MBA from the Stanford Graduate School of Business and an undergraduate degree from Princeton’s School of Public and International Affairs

The Future of HireEd Pathways from Category Leaders