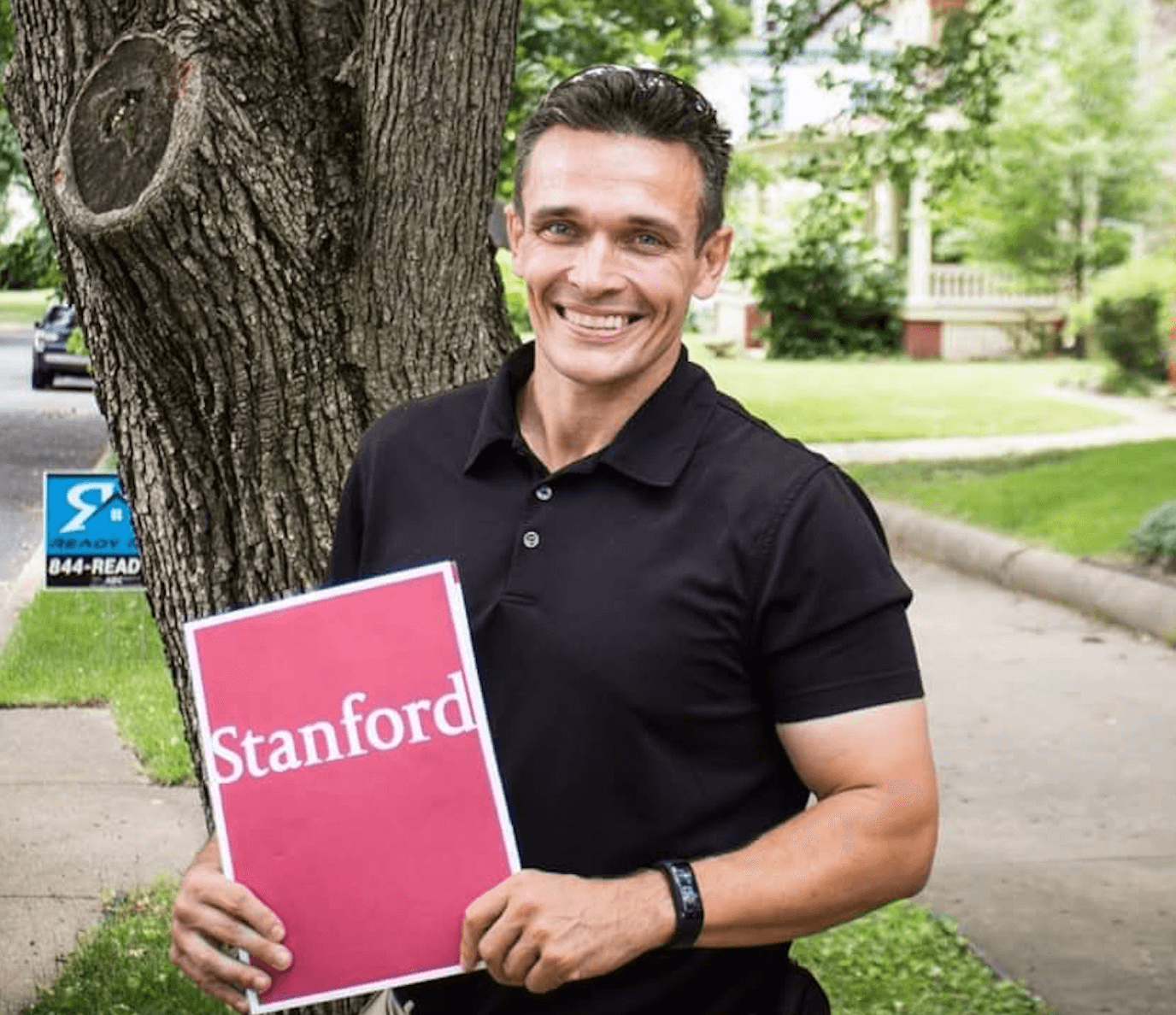 In 2003, Jason was given a 30-year sentence for nonviolent cannabis as a teenager. He quickly realized how distorted his notions of “success” were and decided to do everything possible to make amends to society. Unsure of how to begin, he thought improving his education would be a beneficial step. However, due to Illinois prison policies, his nonviolent cannabis offenses declared him legally “unrehabilitatable” and indirectly unable to take educational classes when he arrived in prison.During a call with his mother, Jason expressed his new hope and desire to improve his education, and she sent him a Khan academy transcript she found online. This began a journey that led Jason to being published in over 100 newspapers on education and prison reforms. Upon his release, all the policies Jason argued for from a prison cell were implemented and Illinois’ recidivism rate dropped. In 2017 Jason used Khan Academy’s SAT prep and was accepted into Stanford University, where he met and was able to thank Sal personally for the impact he had on Jason. Jason is now the CEO of TAP (Training All People), where he is working to use technology to give vocational skills to others, because ALL PEOPLE are teachable, and all people, be them in a prison cell or an ivy league school, deserve to share in the benefits that technology brings to education.