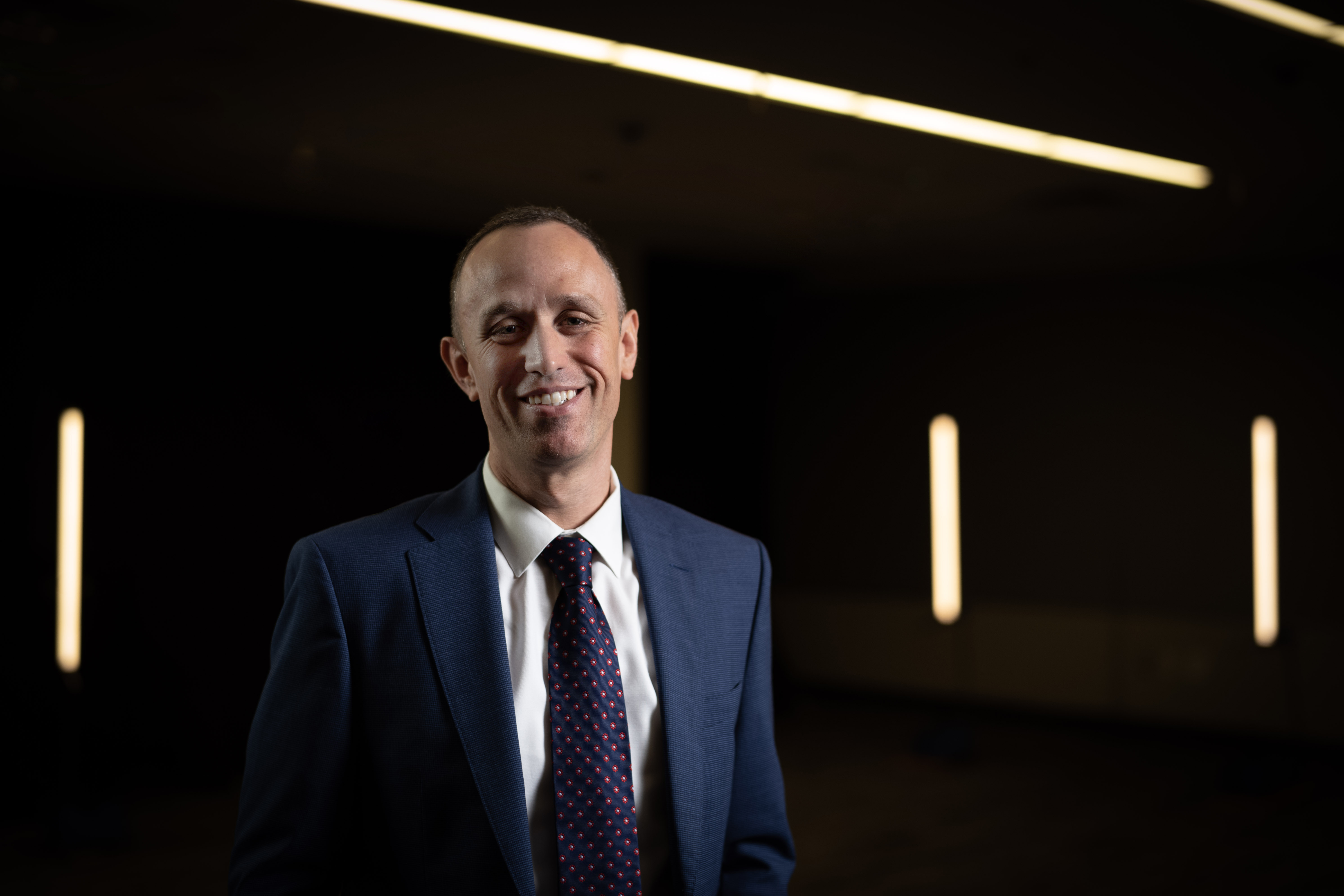 Managing Director of University Design and Senior Advisor to the President

Professor Derrick Anderson is a public institution scholar, enterprise designer, and higher education administrator. He is ASU’s managing director of university design and a senior advisor to President Michael Crow. In this capacity, he works closely with Dr. Crow in advancing ASU’s charter and communicating ASU’s transformational design. His work to this point has involved developing and advancing such ideas as the academic enterprise, the Fifth Wave or National Service University, ASU’s Realms of Teaching and Learning, Universal Learning, and Post-Bureaucratic Learning.

An experienced leader in building scholarly and scientific networks, Professor Anderson has directed or co-directed multiple national scale research initiatives including the National Administrative Studies Project and the NSF-funded National Study of Research Collaboration (a joint project between the University of Georgia and Georgia Tech). He co-designed and co-leads, with Professor Michael Crow, the Agent Learner Initiative, a large-scale institutional innovation initiative that develops science-based tools that replace higher education’s utilitarian goals and bureaucratic structures with universalist goals and entrepreneurial, post-bureaucratic structures.

His research and development initiatives account for more than $40 million of direct funding from such organizations as the National Science Foundation, the Bill and Melinda Gates Foundation, and the Charles Koch Foundation.

As a professor, Dr. Anderson is the author of dozens of articles, essays, book chapters and policy reports on topics relating to management, public policy, university design, and the governance of emerging technologies. His forthcoming book, published by Cambridge University Press and co-authored with Andrew Whitford, presents a framework for understanding the interacting roles of government and industry actors in the shaping of new technologies. He is a tenured associate professor of science and technology policy in ASU’s School of Public Affairs and has additional faculty appointments or affiliations in the School for the Future of Innovation in Society, The Global Institute of Sustainability and Innovation, the Center for Organization Research and Design, the Center for Biodiversity Outcomes, and the Barrett Honors College.

Since 2013, he has taught nearly 500 students in various courses relating to public policy or public management. He co-teaches, with Michael Crow, ASU’s seminar on science innovation policy, titled Science, Technology and Public Affairs or PAF 547. His work with students extends beyond the classroom. In 2016, Professor Anderson founded the Institutional Analysis and Design Fellowship, an applied learning experience for high performing graduate and undergraduate public affairs and engineering students. He also founded, coordinated fundraising for and, until recently, directed the Pioneer Heritage Scholars Program, which since 2014 has awarded nearly half a million dollars in scholarships to more than 40 students. Professor Anderson has served on more than a dozen doctoral dissertation, master’s thesis or undergraduate honors thesis committees and worked with a broad spectrum of learners in primary, secondary, postsecondary, graduate and professional/executive programs.

He received BS and MPP degrees from Arizona State University and a PhD from the School of Public and International Affairs at the University of Georgia, where he attended as a Stanley W. Shelton Fellow. Derrick and his wife Summer have been married for 15 years and have two daughters.