Join Our Newsletter to Stay in the Know
Interested in the 2022 GSV Cup? Sign Up Now to Stay Up-to-Date
Speakers / Christine Tao 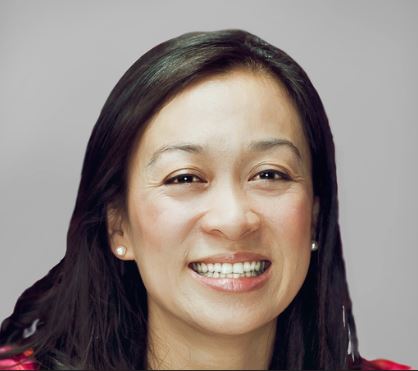 Christine Tao is the co-founder & CEO at Sounding Board, a Silicon Valley startup redefining how organizations develop their leaders. Her extraordinarily-rapid career growth to executive management in the media, mobile, and tech sectors of Silicon Valley became her inspiration for founding Sounding Board. As she began to manage larger teams and became responsible for revenue growth, it became clear that she needed a “sounding board” to coach her on the development of her leadership skills. That’s where Christine met future Sounding Board co-founder, Lori Mazan. A seasoned executive coach focused on leadership development, Lori coached Christine on real-world leadership skills that had a direct impact on business outcomes. Based on her positive and impactful experience with leadership development, Christine was driven to make leadership development coaching accessible to people at all levels of the organization. Sounding Board is a cloud-based coaching platform and managed network of leadership coaches that makes leadership development scalable and measurable. Customers include leading enterprises such as Cloudera, Kraft Heinz, Intel as well as hyper growth startups like Chime, Bill.com, UserTesting and Klarna. Sounding Board is one of <3% of sole female founded startups to receive venture funding, and is backed by top tier investors Canaan, Correlation, Bloomberg Beta and Precursor Ventures. Prior to co-founding Sounding Board, Christine was a Senior Vice President of Developer Relations at Tapjoy, a venture-backed, leading mobile advertising & publishing network. She led the growth of Tapjoy’s publisher advertising business from 0 to over $100 million in revenues in less than 3 years. Prior to that, she led e-commerce partnerships and strategy at YouTube. Christine holds an MBA in Marketing & Operations from Wharton and a BA in Business Administration from UC Berkeley. Christine advises several startups, is a budding angel investor, and is also a Tory Burch Foundation Fellow, a foundation dedicated to investing in the success and sustainability of women entrepreneurs. When she is not developing leaders at Sounding Board, she and her husband enjoy raising two strong, independent children, playing volleyball and hiking outdoors.

We All Need a Life Coach: Innovations in Scaled Coaching