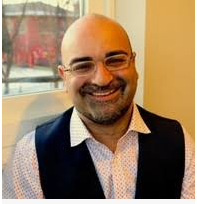 Prior to co-founding Transcend, Aylon was an independent designer providing strategy and design services to education organizations, schools, and foundations. Most recently, Aylon has been leading the “Greenfield” school model design for the Achievement First Network, which is being piloted in the 2015-16 school year.  He also led the field research for Charter School Growth Fund and the Clay Christensen Institute for the 2014 publication, "Schools and Software: What's Now, What's Next".  In 2013, Aylon pioneered the Chicago Breakthrough Schools Fellowship in conjunction with New Schools for Chicago, NGLC, and the Broad Foundation.  Aylon served as Chief Schools Officer at Rocketship Education; leading the highest performing network of low-income schools in the state of California, designing the academic model and blended learning approach, and growing the network from 3 to 7 schools. Aylon also spent several years as a Senior Vice President at Teach For America, leading pre-service institutes and in-service support for corps members in their 2-year teaching commitments during a period of growth from 4,000 to 8,000 corps members.  After graduating from Columbia University with a BA in English, Aylon spent the first part of his career at Score Educational Centers working with families, leading K-8 learning centers and ultimately managing 60+ branches across the country.  Aylon is a proud husband and father and an accomplished jazz guitarist with two released albums and regular performances throughout the Midwest.

The 10 Leaps toward Equitable Education: Shifts schools must make to ensure students thrive