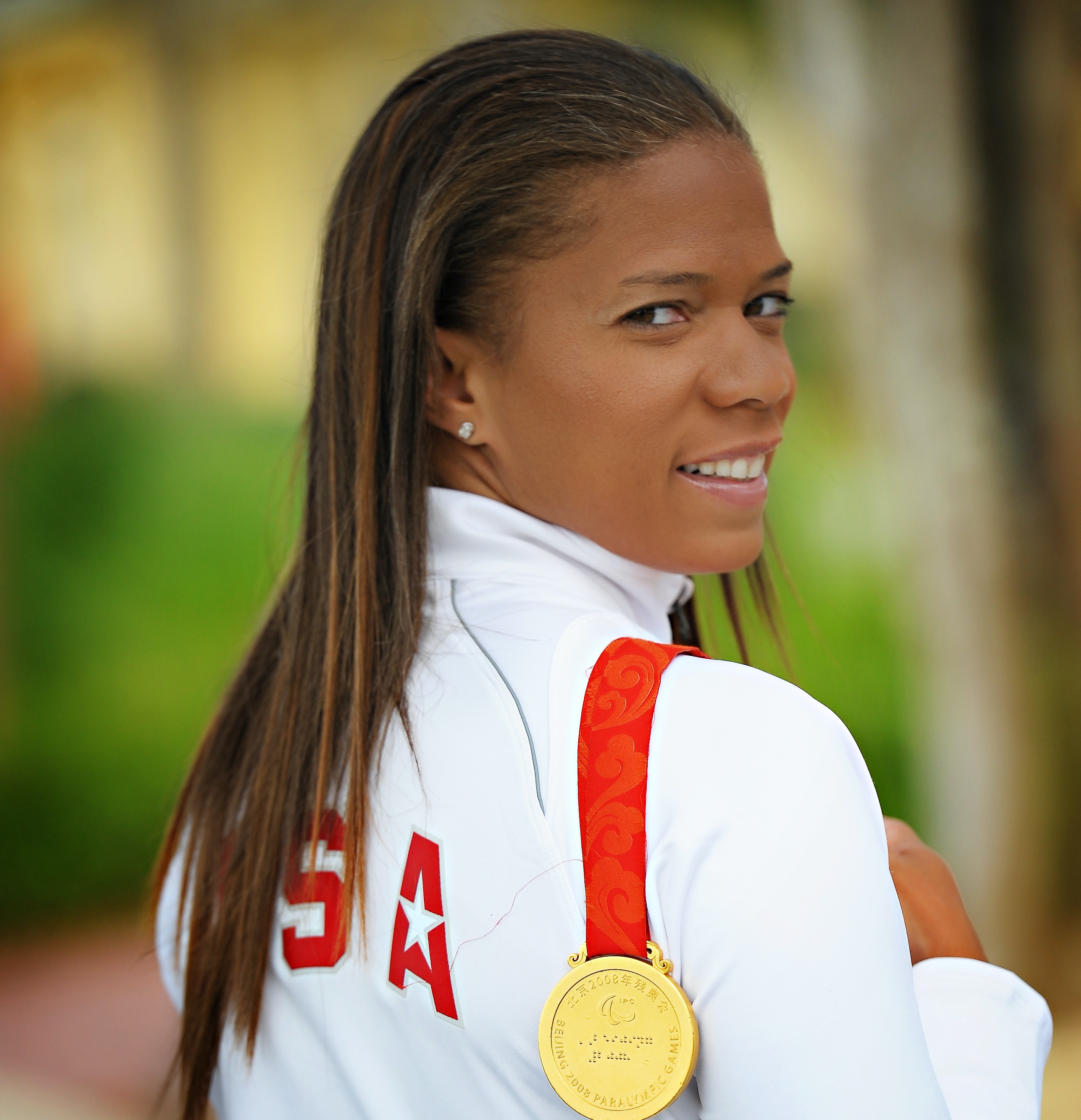 April Holmes is the Co-Founder & CEO of HeroHangout.io, responsible for the company’s strategic direction, leadership, partnerships and growth, as well as its commitment to deliver a fan engagement, knowledge-sharing platform that helps parents connect their teens, to their favorite influencers, for a unique learning experience.

Raised with a hard work ethic, which she has honed with a will of steel, April Holmes has redefined what it means to be disabled. April was involved in a train accident in 2001 that resulted in the loss of her left leg below the knee. While she lay in her hospital bed, a doctor told her about the Paralympic Games and three goals were firmly implanted in her mind. She desired to wear the USA uniform. She wanted to break world records. She was determined to win gold medals.

April has spent much of her career as a Paralympic track athlete amassing gold medals, world records and American records during her career. While representing the United States at 4 Paralympic Games, she has also been a brand ambassador for companies such as BMW, Jordan Brand, Deloitte, AT&T, Hartford Insurance and 24-Hour Fitness. April also assists companies in Olympic-themed sporting days to enhance the core values of teamwork, determination, discipline, and goal setting.

Holmes earned her MBA in Marketing from University of Phoenix, a B.S. in Communications from Norfolk State University and an ACC accreditation from International Coaching Federation for completing the Co-Active Coaching Institute Executive Coaching requirements.

In addition, April is also a highly sought-after motivational speaker and executive performance coach to CEOs, athletes, and entrepreneurs. A believer that service is an action not just a word, she is also a member of Delta Sigma Theta Sorority Incorporated, board member for US Center for SafeSport and NCAA Honors Committee.