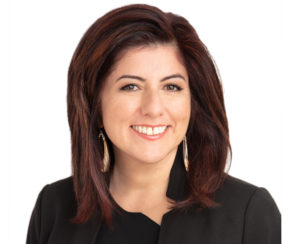 Dr. Nancy B. Gutiérrez is President & CEO of The Leadership Academy. Nancy joined The Leadership Academy in 2014 and has served as National Leadership Designer and Facilitator, Vice President of District Leadership, and Chief Strategy Officer. She was named President & CEO in July 2018 and continues to serve as an executive leadership coach and facilitator for school systems across the country. She was a Fall 2019 Pahara-Aspen Education Fellow, and in February 2020 was named among the 100 most powerful education leaders in New York by City & State New York. Nancy is a frequent keynote speaker for local and national education organizations and has authored numerous pieces on education leadership and equity for national publications including Education Week, Kappan, The74, and Hechinger Report. Nancy began her career as a teacher and principal in her home community of East San Jose, CA, where she was the founding principal of Renaissance Academy, the highest performing middle school in the district and a California Distinguished School. Nancy also led the successful effort to turn around the district’s lowest performing middle school. She was named the UC Davis Rising Star and Association of California School Administrator’s Region 8 Middle School Principal of the Year in 2010. Prior to her tenure with The Leadership Academy, Nancy launched a program for executive leadership advancement for the New York City Department of Education that led to superintendent certification. Nancy is a graduate of the inaugural cohort of the Harvard Graduate School of Education’s Doctor of Education Leadership (Ed.L.D.) program and is a graduate of the Association of Latino Administrators and Superintendents (ALAS) Aspiring Superintendents Academy. She served on the national board of the Coalition of Essential Schools for more than a decade. She is an instructor at NYU and frequently teaches at the Harvard Principals’ Center institutes for School Turnaround Leaders, Urban School Leaders, and Race, Equity, Access, and Leadership. Nancy is a member of the Education Leaders of Color (EdLoC) Board of Directors and serves on the Latinos for Education teaching team.