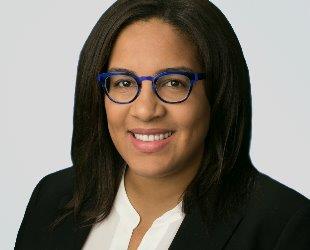 Katy Knight is the Executive Director and President of Siegel Family Endowment, a foundation focused on understanding and shaping the impact of technology on society. Katy started at Siegel Family Endowment in 2017 as Deputy Executive Director, and draws on a diversity of professional experience from her previous roles in education, technology, and community-based organizations.

Before joining SFE, Katy worked on community engagement at financial sciences company Two Sigma. Her earlier career includes several years at Google in various capacities, most notably on the public affairs team. Before that, she held roles in nonprofit development and real estate.

Katy previously served on her local Community Board in Queens, New York, and earned recognition in 2015 as a 40 Under 40 Rising Star in City & State. She also serves on the boards of a number of local and national organizations, including READ Alliance, CSforALL, Pursuit, and the Regional Plan Association.

Katy earned a BA from the University of Pennsylvania.