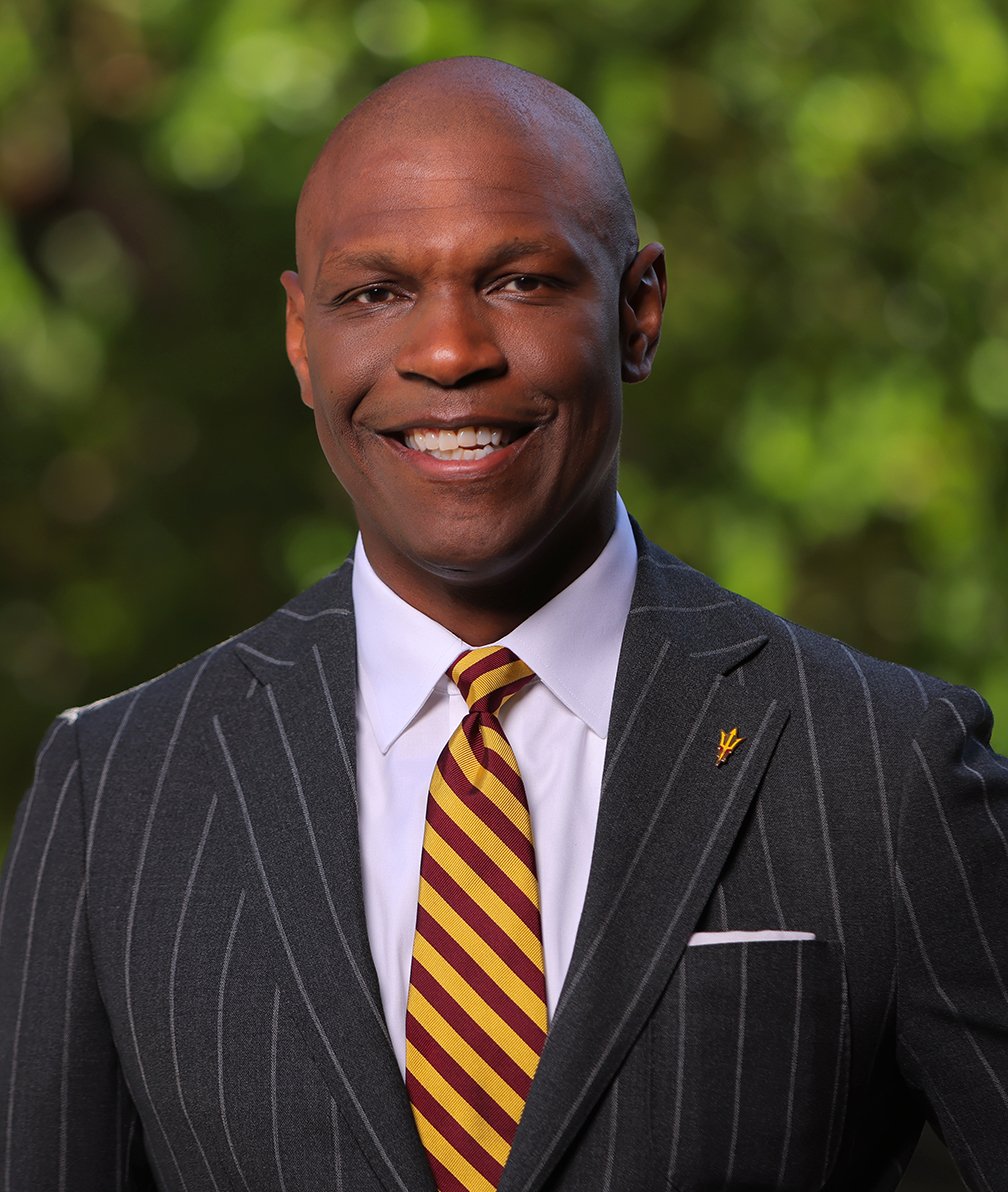 Dr. Chris Howard is the executive vice president and chief operating officer of ASU, A Public Enterprise. He is a graduate of the United States Air Force Academy and earned a doctorate from the University of Oxford as a Rhodes Scholar. He also earned an MBA with distinction from Harvard Business School. Dr. Howard’s military career included service as a helicopter pilot and an intelligence officer, and he was awarded a Bronze Star for service in Afghanistan. Dr. Howard was previously president of Robert Morris University, president of Hamden Sydney-College, a vice president at the University of Oklahoma, and also had a successful corporate career with GE and Bristol-Myers Squibb. He is also a former member of the College Football Playoff Selection Committee. Dr. Howard is a trustee on the Harvard University Board of Overseers and also serves on the Board of Directors of AvalonBay Communities, a publicly-traded real estate corporation. Howard is a Henry Crown Fellow at the Aspen Institute, a member of the Council on Foreign Relations, the Young Presidents Organization, the Aspen Strategy Group and Trilateral Commission, and Sigma Pi Phi, the oldest African-American fraternity in the United States.