Join Our Newsletter to Stay in the Know
Interested in the 2022 GSV Cup? Sign Up Now to Stay Up-to-Date
Speakers / Byron Sanders 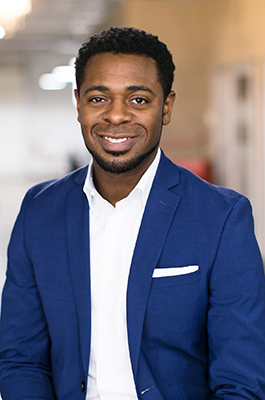 Byron Sanders is a committed advocate for education, economic development, and creating equitable communities throughout Dallas, Texas. As the President and CEO of Big Thought, he works each day to explore innovative ways to narrow the opportunity gap for children. Big Thought connects people and organizations to prepare youth and children in under-resourced communities for tomorrow’s creative economy through quality in-school, after-school and community-partnership experiences. Greatness is innate with every young person - Byron believes it's our work to shape society so they have the chance and the tools live that greatness in each of their lives.

Byron is a recipient of the 2014 Dallas Business Journal’s Minority Business Leaders and its 2012 40 Under 40 awards. He has been recognized as a recipient of Dallas Foundation Good Works Under 40, Parkland Foundation’s Community First Award, NAACP Juanita Craft Award, Innovator in Education from the Alcuin School and as a TEDx speaker. He’s the 2020 recipient of the national CASEL O’Brien Award for Excellence in Expanding the Evidence-Based Practice of Social and Emotional Learning. And in 2017, he was named a Presidential Leadership Scholar by the program led by the presidential centers of George W. Bush, William J. Clinton, George H.W. Bush, and Lyndon B. Johnson.

A graduate and now Trustee of the University of Tulsa, Byron’s first love is spending time with his wife Celeste and his two young children.