Join Our Newsletter to Stay in the Know
Interested in the 2022 GSV Cup? Sign Up Now to Stay Up-to-Date
Speakers / Anne Wicks 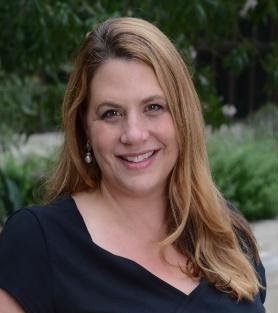 Anne Wicks, The Ann Kimball Johnson Director of Education Reform at the Bush Institute, develops and oversees the policy, research, and engagement work of the Education Reform team. Before joining the Bush Institute, Wicks served as an Associate Dean at the University of Southern California's Rossier School of Education where she led a team with revenue, communications, and engagement goals.  Additionally, she supported Dean Karen Symms Gallagher on a variety of special projects including the launch and early growth of Ednovate Charter Schools.  She currently serves a board member for Dallas Afterschool and is the vice-chair of the Education Opens Doors board.  She is on the advisory board of Best In Class and the Educator Collective, and she serves as the chair of the Texas Ed Leadership Community of Practice.  Over her career, she has held management roles at Teach for America, the Lucile Packard Foundation for Children's Health, and Stanford University. Anne holds a B.A in American Studies and a M.A. in Education from Stanford University (during which she taught 8th grade social studies), as well as a M.B.A. from the University of Southern California. A former captain of Stanford's women's volleyball team, Anne was part of three national championship teams, two as a player and one as an assistant coach.  She is an alumni volunteer for Stanford University, and is a member of the Stanford Associates.  She is the parent of a public school student.

Conditions for Change - What Educators, Partners, and Vendors Need to Know

Are Your State’s Young People on Track for Opportunity? How Do You Know?