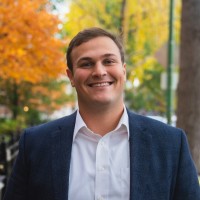 Francis is a Chicago based Project Lead at the ASU GSV Summit focused on the GSV Cup. Francis is also an Associate at GSV Ventures. Prior to joining the firm, he spent three years at Allstate where he held roles in Technology Strategy, Digital Product Management and Corporate Venture. At Allstate Strategic Ventures, he led coverage of the FinTech / InsurTech space. He is also a member of the Executive Board of the Associate Board at Youth Guidance.

Francis was born and raised in Chicago and is a 2018 graduate of Brown University, where he earned a B.A. in History and was one of the captains of the Men’s Rugby team where he was named to the Academic All-Ivy Team three times.