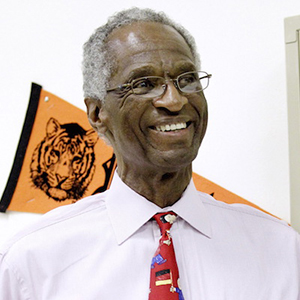 Institute for the Transformation of Learning

Howard Fuller’s career includes many years in both public service positions and the field of education.  Dr. Fuller is a Distinguished Professor of Education, and Founder/Director of the Institute for the Transformation of Learning at Marquette University in Milwaukee, Wisconsin.  The mission of the Institute is to support exemplary education options that transform learning for children, while empowering families, particularly low-income families, to choose the best options for their children.

His prior positions included: Director of the Milwaukee County Department of Health and Human Services 1988 -1991; Dean of General Education at the Milwaukee Area Technical College 1986 - 1988; Secretary of the Wisconsin Department of Employment Relations 1983 - 1986; and Associate Director of the Educational Opportunity Program at Marquette University 1979 - 1983.  He was also A Senior Fellow with the Annenberg Institute for School Reform at Brown University 1995 - 1997.