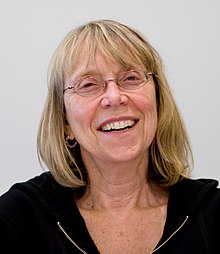 A leading American educator and journalist well known for teaching a high school class that has changed the lives of thousands of kids, inspiring Silicon Valley legends like Steve Jobs, and raising three daughters who have each become famously successful

Author of the bestseller, How to Raise Successful People, translated into 24 languages, and Moonshots in Education (2015)

Co-Founder of http://Tract.app with her former student Ari Memar, who is the CEO