Become an ASU+GSV Creator! We are awarding 10 $1,000 prizes to the top content incorporating insights from the 11th Annual ASU+GSV Summit. Learn more and submit your content here!
Speakers /  Tony Blair 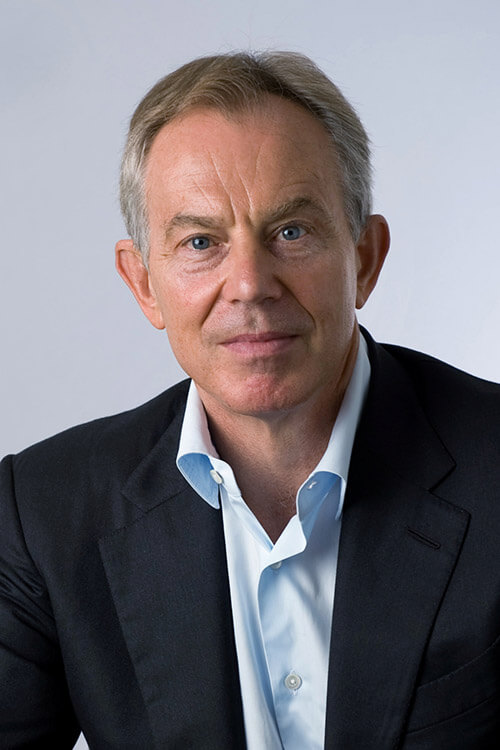 Tony Blair is one of the most consequential global figures of our time. Mr. Blair served as Prime Minister of the United Kingdom from 1997 to 2007, becoming the only Labour leader in the party’s 100 year history to win three consecutive elections. In doing so he redefined modern, progressive politics. During his time in Downing Street Mr. Blair implemented a major domestic reform agenda. Through record investment and reform, the education and healthcare sectors were transformed. Mr. Blair’s New Labour Government implemented the largest hospital and school building programme since the creation of the UK’s welfare state. Overall crime was reduced by a third, and the first ever national minimum wage was introduced. There was also transformational progress on human rights and equality. All this while overseeing a period of record economic growth and levels of employment.

Mr. Blair was also a central figure on the global stage. He helped bring peace to Northern Ireland, securing the historic Good Friday Agreement in 1998. As a passionate advocate of an interventionist foreign policy, he took military action in Sierra Leone, Kosovo, Afghanistan and Iraq. Mr. Blair created the Department for International Development, tripled the UK’s foreign aid to Africa, and introduced landmark legislation to tackle climate change. In his post-office life Mr. Blair has remained at the very forefront of world affairs. Over the last decade he has been focussed on addressing critical global challenges, including supporting African governments and their leaders to deliver effectively for their people and working towards Middle East peace as Quartet Representative.

In 2017, all Mr. Blair’s various areas of work formally came together as one not for profit organization; the Tony Blair Institute for Global Change. The Institute builds on the legacy of Mr. Blair’s activities since leaving Downing Street. It focuses on helping nations deliver effective governance for their people, tackling extremism and promoting peaceful co-existence, working to deliver long-term regional peace and security in the Middle East and on developing the policy answers to the challenges posed by the rise of populism and insecurity in the West. Mr. Blair is at the forefront of today’s most challenging debates, such as how technology will impact the workforce, tackling issues of inequality in societies across the globe, and in particular, on Brexit. Mr. Blair’s unparalleled international experience, both as Prime Minister and since leaving office, gives him a unique perspective on global events and the political insight to offer solutions to the critical challenges of our time.