Become an ASU+GSV Creator! We are awarding 10 $1,000 prizes to the top content incorporating insights from the 11th Annual ASU+GSV Summit. Learn more and submit your content here!
Speakers /  Ronnie Lot 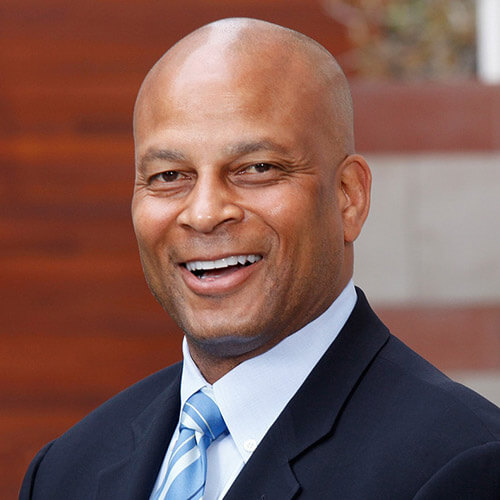 Ronnie Lott has been a champion and a leader his entire life: on the field, in the board room and most importantly, in the community.

On the Field – Ronnie’s legendary football career began at the University of Southern California where he was part of the 1978 national championship team, a unanimous All-American in 1980, and became a first round pick in the NFL by the San Francisco 49ers. His NFL tenure included four Super Bowl titles and 10 Pro-Bowl appearances. He was inducted into the Pro Football Hall of Fame in 2000 and the College Football Hall of Fame in 2002.

In the Board Room – Ronnie’s interests and abilities have extended beyond athletics leading to a collaboration with former teammate Harris Barton. Together they co-founded HRJ Capital, a private equity firm focused on access to top tier venture capital, buyout, real estate and hedge fund managers. HRJ Capital managed over $2 billion in assets before being acquired by Swiss Private Equity firm, Capital Dynamics in 2009. In addition to being an active angel investor in early-stage technology companies, Ronnie has gone on to sit on the boards of a number of public and private companies including OneMain, GSV Capital, The Jefferson Awards Foundation, and the National Football Foundation.

Around the Community – One of Ronnie’s deepest passions is to give back to his community. While playing for the 49ers Ronnie made a commitment to giving back by founding All Stars Helping Kids in 1989. The mission of All Stars Helping Kids is to disrupt the cycle of poverty and encourage innovation by seed funding start-up nonprofits in the Bay Area. Ronnie also serves on several non-profit boards including the Tipping Point Community and Champion Charities, the latter of which he co-founded with Harris Barton in 2004.