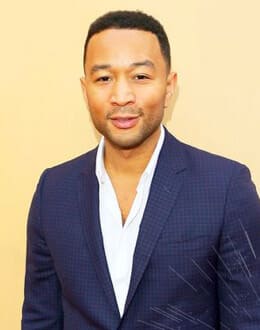 From a young age, Legend aspired to use his position in the entertainment industry as a platform for social change, and throughout his career, Legend has committed his time, energy, and resources to social justice and equality.

In 2007, Legend started the Show Me Campaign, an organization focused on building just, equitable, and healthy communities – communities that are defined by freedom: freedom from the systems that hold us back and the freedom to unlock our potential.

In 2014, in partnership with the MacArthur Foundation and the National Writing Project, Legend launched LRNG Innovators, which harnesses the potential of teachers, communities, and companies to reshape learning while nurturing talent. Operating at the intersection of work, education, and community, LRNG Innovator teacher-led community teams design solutions to put young people on paths to success in the 21st-century workplace.

Legend launched FREEAMERICA in 2014 with the goal of it being the cultural arm of the movement to end mass incarceration. FREEAMERICA works to amplify the voices of those impacted by the criminal justice system and leverages its audience and convening power to change the national conversation about our country’s misguided policies.