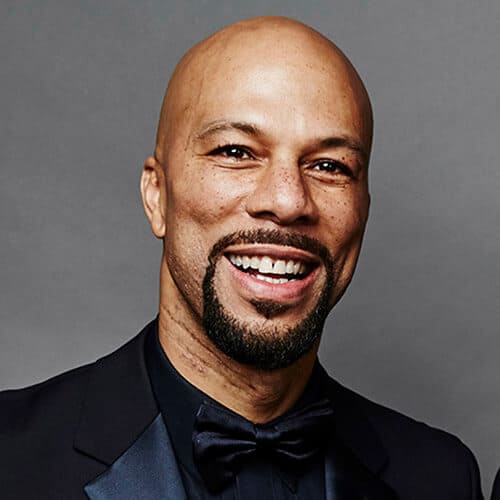 Born in 1972 in Chicago, Illinois, Lonnie Lynn Jr. would become the underground rapper Common, making his album debut with Can I Borrow a Dollar? An artist known for often thoughtful, verbose lyricism and exploring varied sounds, his later albums included Like Water for Chocolate, Electric Circus, and Be, among others. A Grammy winner, Common has also turned to acting, as seen with roles in projects like Just Wright, The Odd Life of Timothy Green and Selma. For the latter film, he and vocalist/musician John Legend have won a Golden Globe and an Oscar for the song "Glory."