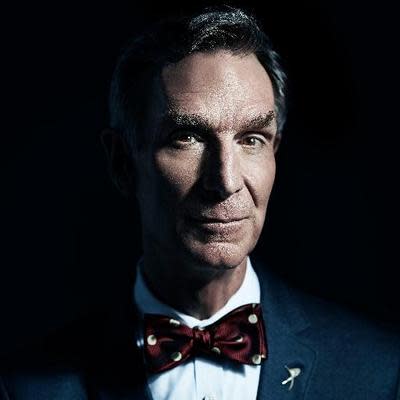 Bill Nye is a scientist, engineer, comedian, author and inventor who is committed to helping people understand and appreciate the science that makes our world work. Best known as Bill Nye the Science Guy, Bill is also an author and speaker on topics of global importance including climate change, evolution, population, space exploration, and STEM education. Recently, Nye was the subject of the documentary film Bill Nye: Science Guy. This behind the scenes portrait of Nye follows him as he takes on those who would deny a science-based worldview. Bill is the author of Undeniable: Evolution and the Science of Creation, and seven children's books, including his most recent best-selling fiction series, Jack and the Geniuses. In 2010, Bill was elected the American Humanist Association's "Humanist of the Year." Through all of his work, Bill hopes to inspire people everywhere to change the world.