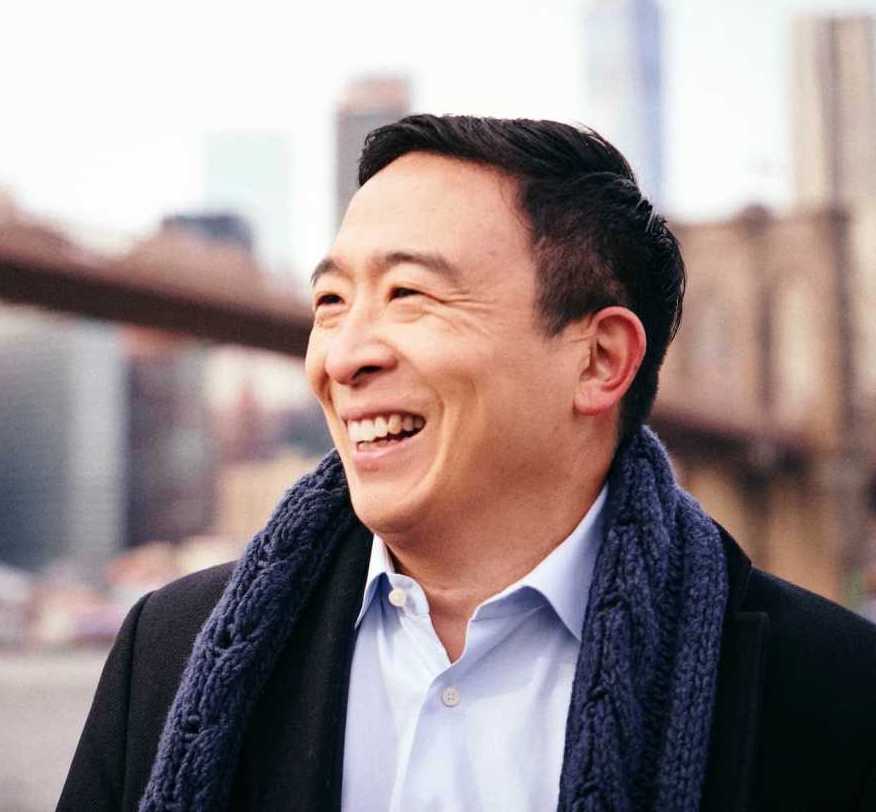 After being a corporate lawyer for five short months, joining a few start-ups, and even launching his own company, Andrew eventually became CEO of an education company that became #1 in the country. He then started a national entrepreneurship non-profit, Venture for America, which worked to empower thousands of young entrepreneurs to bring economic dynamism to cities like Detroit, Cleveland, Baltimore, Birmingham, St. Louis, and others around the country. Leading the organization to become a national multi-million dollar charity, Andrew was named a Presidential Ambassador of Entrepreneurship by theWhite House under the Obama administration and a Champion of Change for his leadership.

After seeing the devastation that automation and the fourth industrial revolution were doing to the American workforce, Andrew decided to run for President in late 2017. Initially dubbed a "longer than long shot" candidate by The New York Times, Andrew's grass roots support, known as the “Yang Gang,” propelled him to seven Democratic primary debates, outpolling and outlasting six senators, four governors, three members of congress, two mayors, and one secretary.

With a vision to rewrite the rules of the United States economy through a “Freedom Dividend” of $1,000 a month for every American adult, Andrew’s movement around Universal Basic Income and Cash Relief engaged over 3 million combined social media followers, raised nearly $40million dollars in an average of $35 increments, and become one of the most exciting stories in the 2020 race., According to CNN, Andrew Yang’s campaign"didn't just make history... [it] unquestionably put a sizable dent in the future as well."

As an activist, Andrew has turn his movement into a political reality, launching a non-profit, Humanity Forward, that has successfully lobbied Congress to bring billions of dollars in cash relief and stimulus checks to millions of Americans in need.

Andrew is the author of three books, including his newest work, Forward: Notes on the Future of our Democracy, outlining the problems in our broken system and a way forward to prevent the decline of American Democracy. He currently lives in Manhattan with his wifeEvelyn and two boys, is an avid basketball fan, and host of a bi-weekly podcast, Forward.