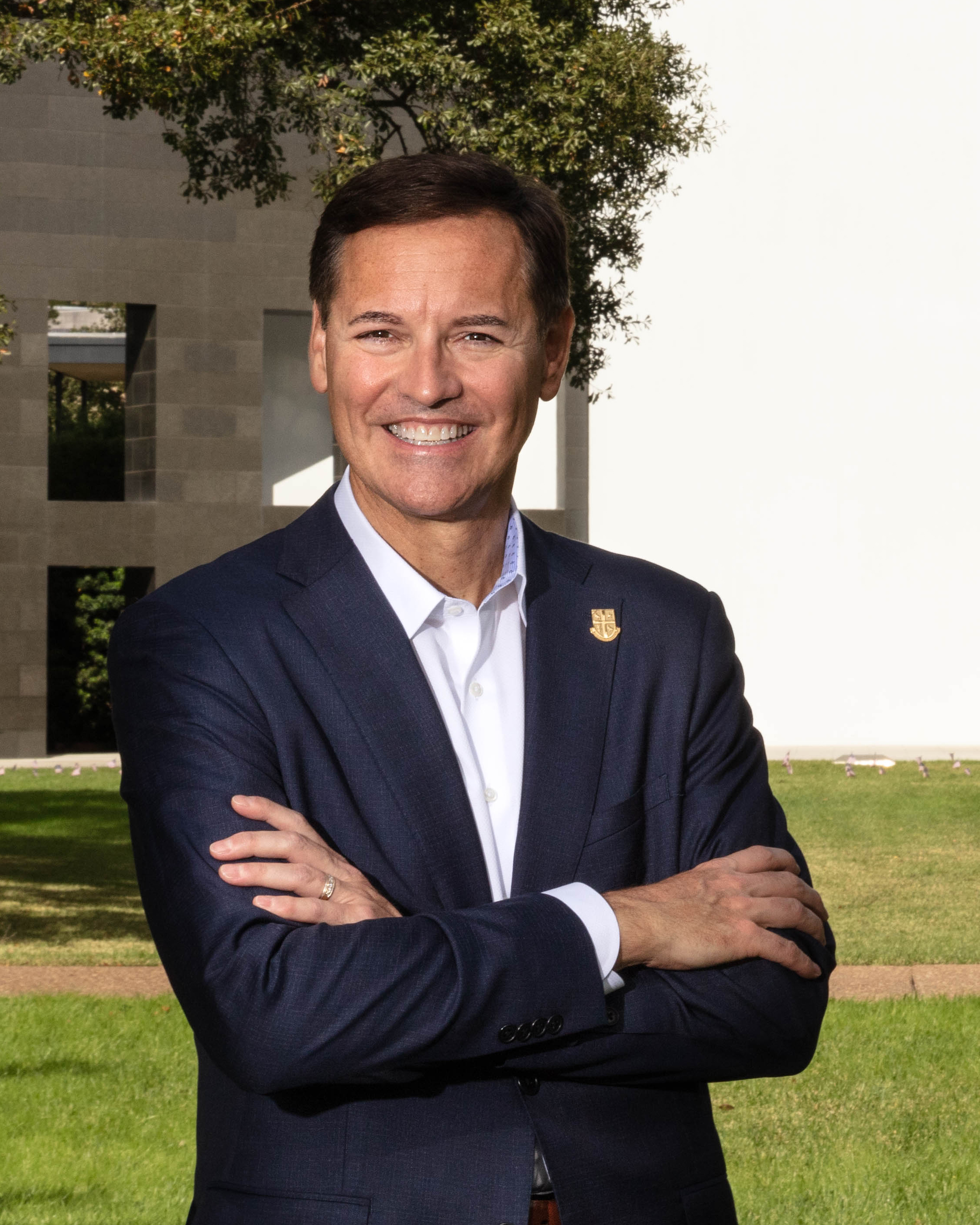 As president of the University of St. Thomas, Dr. Richard Ludwick is committed to changing the landscape of higher education. In the heart of one of the most diverse cities in the nation, he is focused on tackling the challenges of accessibility, affordability, and success. Richard advances innovation and automation to honor and serve each human person.

Under Richard’s leadership, UST has grown rapidly over the past four years. As the university celebrates its 75th anniversary of learning innovation this year, it will do so having just opened two new campuses beyond Houston, with its largest endowment in history, record enrollments, and having added more than 30 new programs including an expansion into online associate degrees in technology fields and a groundbreaking new master’s program taught entirely in Spanish. As an Asian-Serving and Hispanic-Serving Institution, the university is an accurate reflection of the diversity of the city it serves and future of the Catholic Church.

Richard previously served as president of the Independent Colleges of Indiana. In that capacity, he led strategic initiatives in public policy at the state and federal levels, spurred dynamic intercollegiate collaborations, and successfully executed multi-million dollar philanthropic campaigns.