Join us in San Diego at the Manchester Grand Hyatt for ASU+GSV, LIVE and In Person!
Download the Official ASU+GSV Summit App!
Speakers / Odessa Jenkins 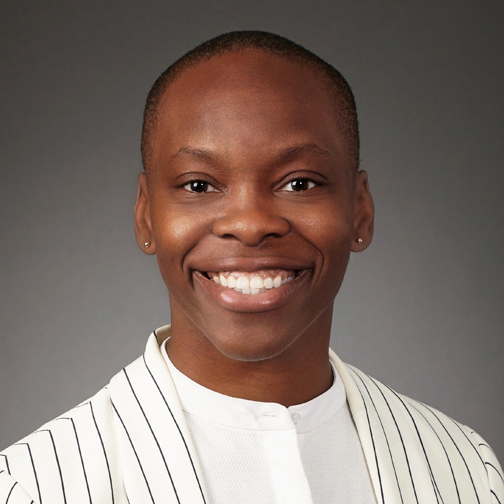 Odessa Jenkins is the President of Emtrain, founder of the Women’s National Football Conference (WNFC), and sought after executive leader. She most recently served as the Head of Business Develop for Parity, and VP of Support/Ops at YourCause/Blackbaud. An in demand national speaker, Jenkins is also the founder of multiple nonprofits. She is a recognized market leader in CSR, DE&I, Team Dynamics, and SAAS technology with multiple years of leadership experience in private funded start-ups, joint ventures and fortune 100 public companies. Jenkins served for several years as an executive leader at YourCause, a start-up which helped to revolutionize the CSR industry.

As a disrupter in sports, Jenkins is paving the way to create inclusion and equity in sports for women and girls. She was an inaugural participant in the NFL’s first Women’s Career in Football Forum and is one of the first women to obtain the coveted NFL Bill Walsh Diversity Internship in an on-field position (Running Backs Coach – Atlanta Falcons). Featured on Fox, Sport Illustrated, CBS, ESPN, Yahoo Sports, The Undefeated and more, Jenkins was recently recognized as one of the most influential and powerful women in sports by Sports Illustrated (Unrelenting).

Jenkins has 22 years of coaching and leadership experience, is a Hall of Famer, a 5X National Champion, 2X USA National Team captain, 2X Gold Medalist, and heralded as one of the top team leadership experts in the country.

Doing the Work at Work: DEI In Action