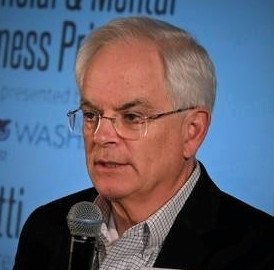 ‍
WSAC launched Otterbot, an AI chatbot provided by Mainstay, to support low income high school seniors in their application for admission and financial aid.  Michael has advised edtech entrepreneurs in incubators for startup companies and in campus-based programs for students and faculty.  He is a regular attendee at ASU-GSV and has written about education technology in higher education.