ALL people deserve equal access to the future.
Fill Out the GSV Cup Interest Form to Stay in the Know for 2023
Speakers / Johnny Taylor, Jr. 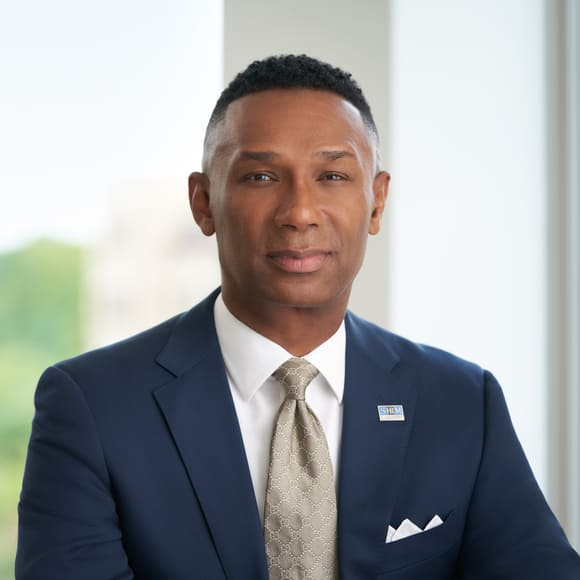 Johnny C. Taylor, Jr., SHRM-SCP, is President and Chief Executive Officer of SHRM, the Society for Human Resource Management. With over 300,000 members in 165 countries, SHRM is the largest HR professional association in the world, impacting the lives of 115 million workers every day.

As a global leader on the future of employment, culture and leadership, Mr. Taylor is a sought-after voice on all matters affecting work, workers and the workplace. He is frequently asked to testify before Congress on critical workforce issues and authors the weekly USA Today column, "Ask HR."

Mr. Taylor's career spans over 20 years as a lawyer, human resources executive and CEO in both the not-for-profit and for-profit space. He has held senior and chief executive roles at IAC/Interactive Corp, Viacom's Paramount Pictures, Blockbuster Entertainment Group, the McGuireWoods law firm, and Compass Group USA. Most recently, Mr. Taylor was President and Chief Executive Officer of the Thurgood Marshall College Fund.

He was appointed chairman of the President’s Advisory Board on Historically Black Colleges and Universities and served as a member of the White House American Workforce Policy Advisory Board during the Trump Administration. He is a Trustee of the University of Miami, Governor of the American Red Cross, and member of the corporate boards of Guild Education and iCIMS.

In 2020, Mr. Taylor received the Distinguished Executive of the Year Award from the Academy of Management, and in 2021 was named Professional Society CEO of the Year by CEO Update.

He is a Fellow of the National Academy of Human Resources and is licensed to practice law in Florida, Illinois and Washington, D.C.