Join Our Newsletter to Stay in the Know
Interested in the 2022 GSV Cup? Sign Up Now to Stay Up-to-Date
Speakers / Alena Analeigh 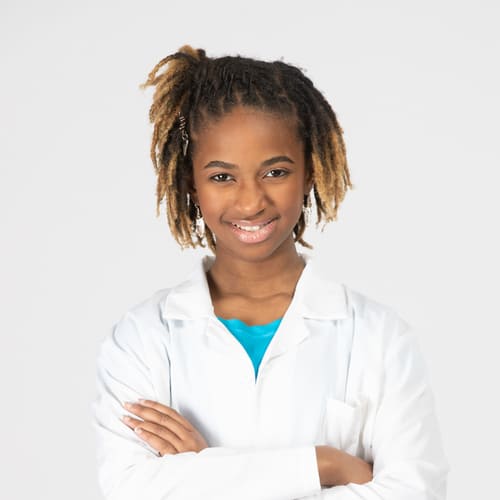 Phenom. Prodigy.  Whiz kid. Those are just a few of the words used to describe Alena  Analeigh,  who  at  12-years  old  is  in college Majoring in Mechanical Engineering, but that’s only part of her story. Now, the youngest girl of color to intern at NASA,  Alena is also using her voice by launching  The Brown STEM Girl and she  is  also  the  founder  of  The Brown STEM Girl Foundation.

Through  The Brown STEM Girl,  Alena has received eight proclamations declaring  April 30th as Brown STEM Girl STEM in the City Day Honoring  Women of Color in STEM. This day is also set aside to engage girls of color, ages 10-17 in STEM activities and will be  hosted all across the United States of  America.

Alena has received international recognition through her features on NBC Nightly News With Lester Holt, Good Morning  America, The Kelly and Ryan Show, Black Entertainment Television, and a host of news outlets throughout the world. Alena was not only both traditionally schooled and homeschooled but she was also world schooled. She is an experienced world traveler which enabled  her  to attend school  in  Amman,  the capital of Jordan, a city located in the Middle East. Legos, Robotics, and NASA  are the things that excite  Alena. It started at 4-years old when she began traveling to NASA  sites to fuel her passion.

Phenom. Prodigy.  Whiz kid.  Those words don’t fully describe the essence of  Alena  Analeigh. Her intellectual brilliance is only a glimpse into who she is. It’s the depth of her warm-heartedness, quiet spirit, and gracious nature that sets her apart even more.. Alena currently mentors girls around the world and has launched a prestigious scholarship program for girls of color in STEM all while she is preparing to Launch a STEM School for girls. Alena is also the author of  Braniac World; 21 Days of Affirmations for Smart Girls.

With a clear vision,  Alena is on the path to knock down doors for other brown STEM girls, just like her as an Author, Innovator, Thought Provoker, NASA Geek, and STEM Advocate for Women & Girls of color around the world. Alena invites you to take a seat at her table where there is room for everyone and help build a world of Women & Girls in STEM.

From LEGO To NASA