Become an ASU+GSV Creator! We are awarding 10 $1,000 prizes to the top content incorporating insights from the 11th Annual ASU+GSV Summit. Learn more and submit your content here!
Speakers /  Steven Johnson 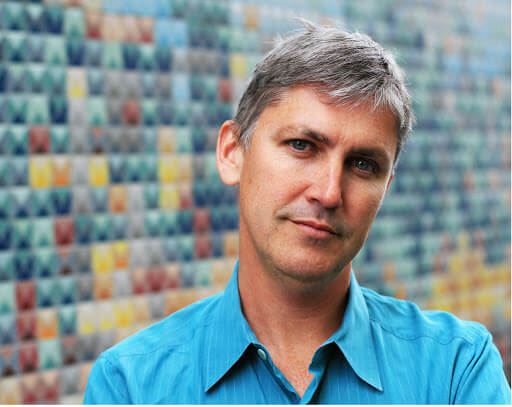 Steven Johnson is the leading light of today's interdisciplinary, collaborative, open-minded approach to innovation. His writings have influenced everything from cutting-edge ideas in urban planning to the battle against 21st-century terrorism. Steven was chosen by Prospect magazine as one of the Top Ten Brains of the Digital Future, and The Wall Street Journal called him “one of the most persuasive advocates for the role of collaboration in innovation.” He unites a deep understanding of scientific progress with a sharp sensitivity to contemporary online trends. Together, those traits give him an unmatched insight into how ideas emerge and spread and how they affect the world today.

His newest book, Farsighted: How We Make the Decisions That Matter the Most, is full of the beautifully crafted storytelling and novel insights that Johnson's fans know to expect. Steven examines consequential once-in-lifetime decisions; the ones that affect our lives for years, or centuries, to come. Farsighted draws lessons from cognitive science, social psychology, military strategy, environmental planning, and great works of literature.

Steven's work on the history of innovation inspired the Emmy-nominated six-part series on PBS, HOW WE GOT TO NOW with Steven Johnson, that aired in the fall of 2014. The book version of How We Got To Now debuted at #4 on the New York Times bestseller list, and was a finalist for the PEN/E.O. Wilson Literary Science Writing Award.

His book, Wonderland: How Play Made the Modern World, revolves around the creative power of play: ideas and innovations that set into motion the many momentous changes in science, technology, politics and society. Inspired by the book, Steven launched a podcast series about the past and future of play and innovation.