Become an ASU+GSV Creator! We are awarding 10 $1,000 prizes to the top content incorporating insights from the 11th Annual ASU+GSV Summit. Learn more and submit your content here!
Speakers /  Jeremy Bailenson 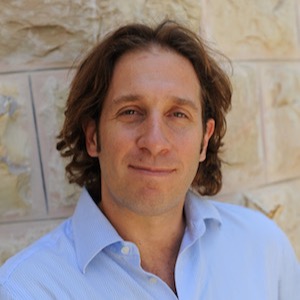 Bailenson studies the psychology of Virtual Reality (VR), in particular how virtual experiences lead to changes in perceptions of self and others.  His lab builds and studies systems that allow people to meet in virtual space, and explores the changes in the nature of social interaction. His most recent research focuses on how VR can transform education, environmental conservation, empathy, and health.

He has published more than 100 academic papers, in interdisciplinary journals such as Science and PLoS One, as well domain-specific journals in the fields of communication, computer science, education, environmental science, law, marketing, medicine, political science, and psychology. His work has been continuously funded by the National Science Foundation for 15 years, and he receives grants from the National Institute of Health, the Office of Naval Research, DARPA, various nonprofit foundations, and corporations based in Silicon Valley and abroad. He is the recipient of the Dean’s Award for Distinguished Teaching at Stanford.

Bailenson consults pro bono on VR policy for government agencies including the State Department, the US Senate, Congress, the California Supreme Court, the Federal Communication Committee, the US Army, Navy, and Air Force, the Department of Defense, the Department of Energy, the National Research Council, and the National Institute of Health. His book Infinite Reality, coauthored with Jim Blascovich, was quoted by the US Supreme Court outlining the effects of immersive media.

He has writes opinion pieces for The Washington Post, Slate, The San Francisco Chronicle, and The Chronicle of Higher Education, and this past year he produced two VR documentary experiences which were official selections at the Tribeca Film Festival.  His new book, “Experience on Demand” will be published by Norton in 2017.