Become an ASU+GSV Creator! We are awarding 10 $1,000 prizes to the top content incorporating insights from the 11th Annual ASU+GSV Summit. Learn more and submit your content here!
Speakers /  Jeb Bush 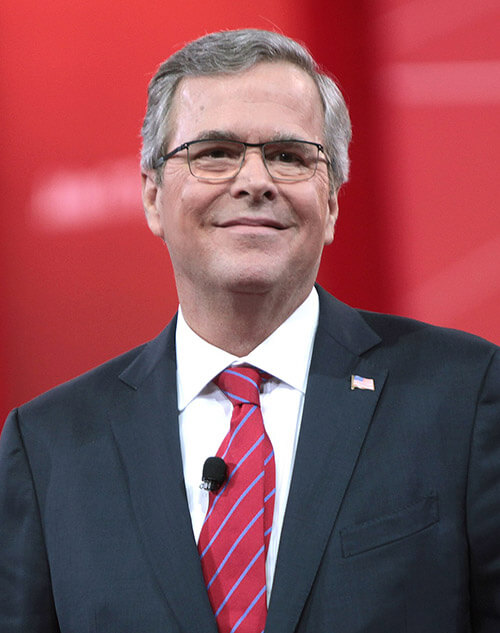 Jeb Bush is a unifying leader who brings civility to the discussion of bi-partisan viewpoints while addressing the key issues facing each audience he meets. Whether leading transformation efforts on issues of importance like education, healthcare and immigration, or managing crisis response to the eight hurricanes that hit Florida during his time in office, Bush understands how organizations can literally be blown apart by the winds of change. Bush is one of America’s most experienced reformers who led change by inspiring citizens, businesspeople and policy makers. Before running for the Republican presidential nomination in June of 2015, he served as the head of a consulting company whose clients ranged from technology start-ups to Fortune 500 companies. He offers comprehensive strategies to overcome difficulties by remaining focused on what matters most. An articulate student of policy, Bush dissects the current political climate by offering fresh insights on the hot-button issues in the news. Bush demonstrates his unwavering commitment to forging a better future for America as chairman of the Foundation for Excellence in Education, which focuses on transforming and providing an education system that maximizes every student’s potential for learning and prepares all students for success in the 21st century. He also showed his commitment by serving as chairman of the National Constitution Center, America’s first and only nonpartisan, nonprofit institution devoted to the U.S. Constitution, its ideals and its legacy of active citizenship. He has written three books, Profiles in Character; Immigration Wars: Forging an American Solution; and Reply All: A Governor’s Story 1999-2007.