Become an ASU+GSV Creator! We are awarding 10 $1,000 prizes to the top content incorporating insights from the 11th Annual ASU+GSV Summit. Learn more and submit your content here!
Speakers /  James Carville 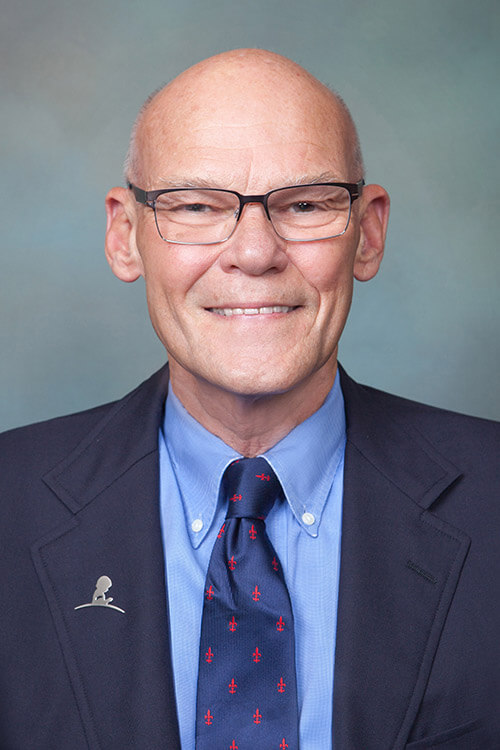 In recent years, Carville has not been a paid political consultant for many domestic politicians or candidates, instead focusing on campaigns in more than 23 countries around the globe stretching from the continents of South America to Europe to Africa and most recently Asia.

James Carville is also a best-selling author, actor, producer, talk-show host, speaker and restaurateur. His titles include We're Still Right, They're Still Wrong: The Democrats' Case for 2016, Love & War: Twenty Years, Three Presidents, Two Daughters and One Louisiana Home; It’s The Middle Class Stupid!; All’s Fair:
Love, War, and Running for President (with wife Mary Matalin); We’re Right, They’re Wrong: A Handbook for Spirited Progressives; And the Horse He Rode In On: The People vs. Kenneth Starr; Buck Up, Suck Up...and Come Back When You Foul Up; Had Enough? A Handbook for Fighting Back; Stickin’: The Case for Loyalty; his children’s book, Lu and the Swamp Ghost; and 2006’s Take it Back, 40 More Years: How the Democrats will Rule the Next Generation.

Along with pollster Stanley Greenberg, Carville founded Democracy Corps, an independent, non-profit polling organization dedicated to making government more responsive to the American people. Carville also serves as a professor of Practice at Tulane University in New Orleans, where he lives with his wife Mary Matalin and their two daughters.