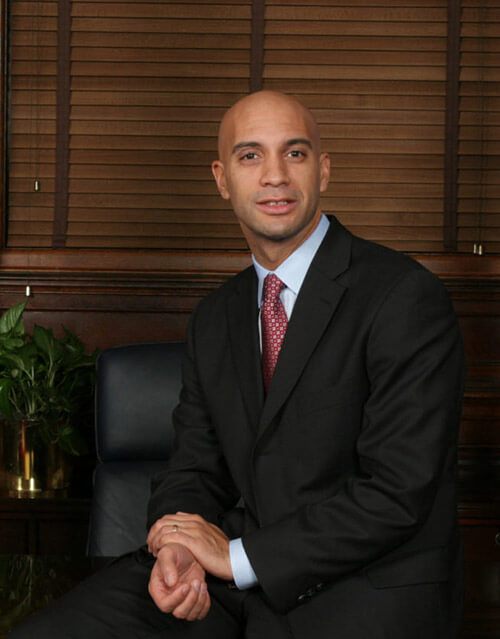 One of the youngest mayors of a major metropolitan U.S. city, rising political figure Adrian Fenty captured the nation’s attention during his term as Mayor of the District of Columbia.  Celebrated for his leadership in urban education reform, the public school system in the D.C. had been troubled for years with poor student test performance scores and graduation rates among the lowest in the nation.

During his first months in office, he shocked the city—and the nation—by bringing the public school system under his administration’s control.  That bold move and the addition of  Michelle Rhee as Chancellor of Schools have credited Fenty with putting the school system on the path to long-awaited improvements inside and outside the classroom. The results speak for themselves: student achievement at the secondary level rose 14 points in reading and 17 points in math since 2007, gains that are unprecedented in DC history and unparalleled nationwide.

While focusing on improving schools, the Fenty Administration is also recognized for overhauling District agencies, ensuring more efficient and effective service delivery throughout city government.  Government efficiency and accountability are among the key hallmarks of Fenty’s work as Mayor. He added more police officers to patrol the streets and expanded community policing; added thousands of affordable housing units; created the Housing First program which provides permanent supportive housing for homeless individuals and families; and improved the delivery of emergency medical services.  As a result, homicides dropped to their lowest level since the 1960’s and both violent crimes and property crimes experienced a double-digit decline.